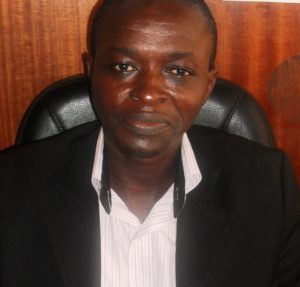 Mr. Adegoke Oladipupo Kuseju was born on 13th February, 1970 and started his educational career in 1976 at African Church School, Borno Way, Ebute-Metta, Lagos where he passed out in 1982. He obtained his WASCE O Level in 1987 at Morocco Comprehensive High School, Shomolu before proceeding to Federal School of Sciences for his Higher School Certificate Advance Level.

Mr. Adegoke Kuseju did his mandatory one year national service with Chevron Nigeria Limited from December 1992 –November 1993. He joined Thec Nigeria Limited, Bariga, Lagos (a groundwater development company) from July 1994 – August 1996. He supervised many water borehole drilling projects both in the sedimentary and basement terrain

He had a brief stay at Bint & Prathel Nigeria Limited, Lagos (an oil servicing company) from January 2000 –August 2000. He served as assistant client representative on a seismic data acquisition project carried out by United Geophysical Company for Nigerian Petroleum Development Company in OML 51 (Ughelli, Delta State).

He joined the Lagos State Civil Service in 2001 as Scientific Officer II serving in Lagos State Traffic Management Authority and rose to become the Head of Traffic Databank Unit. He applied and got the Civil Service Commission to redesignate his appointment to the geologist cadre. He was later redeployed to the Ministry of Energy and Mineral Resources where he rose and become head of the Solid Minerals Department from August 2011 – June 2012. He was later appointed as head of the Geological Services Department from August 2013 till date.

He is a member of various professional bodies including: Council of Mining Engineers and Geoscientist (COMEG), Nigerian Mining and Geosciences Society (NMGS) and Nigerian Association of Hydrogeologist (NAH).