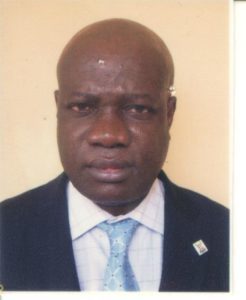 Born in Oshodi, Lagos State many years ago, Mr Boye is an indigene of Ondo State and Christian.

His academic prowess and excellence began at a very tender age from the popular ladi-lak Primary School between 1964 and 1969 and later proceeded to Egbado High School, Igbogila between 1970-1974 for his Secondary Education. Not done yet, young  Temidayo stepped up for more education as he enrolled with the Federal Government College Ilorin between 1974 – 1976 for the Advance Level certificate which he used to seek admission at the University of Lagos, Akoka and passing out with good grade  .

After his University Education in Lagos in 1983, Mr Boye was posted to Imo State for the compulsory National Youth Service Corps Programme and finished up in the normal time in 1984. He immediately got employed as a civil servant with the Lagos State Government.

Since 1984 when he joined the service of the state, Mr Temidayo Olufela Moye has served in various capacities at different Ministries which includes;  Home Affairs, Local Government and Chieftaincy Affairs, Political & Legislative Power Bureau and Offices of the Special Adviser on Transportation and Education before the current posting to the  Ministry of Energy and Mineral Resources in May 2017.

Member of the Nigerian Institute of Management as well as Chartered Member, Institute of Personnel Management, the new Director Admin &HR has music as his major hobby .

He is married with children.